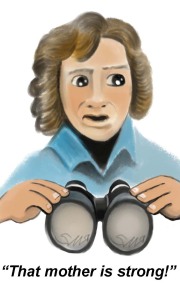 Phantasm is a cult classic starring a floating silver ball and a slender yet beefy funeral director who can lift anything as if it were styrofoam.  Costarring is a guitar-picking ice cream man, a pesky monster fly, and a boy who runs around the neighborhood spying on his older brother with a huge pair of binoculars. 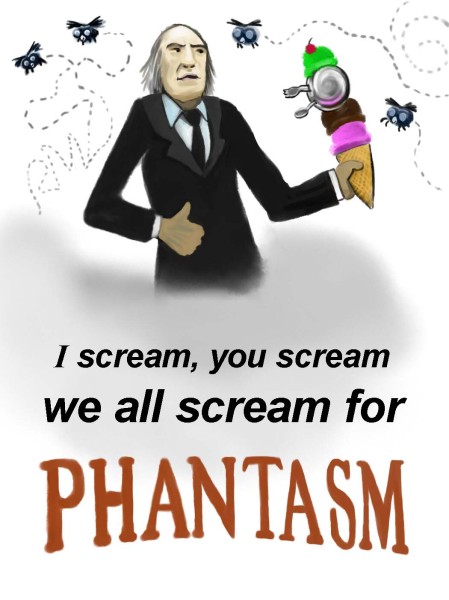 Of course, with this much going on, trouble will inevitably ensue for quite a few Phantasm sequels.

But in the world of Phantasm, trouble is actually a whole lot of … phun!

Zelda Movie 3: Return of the Hero 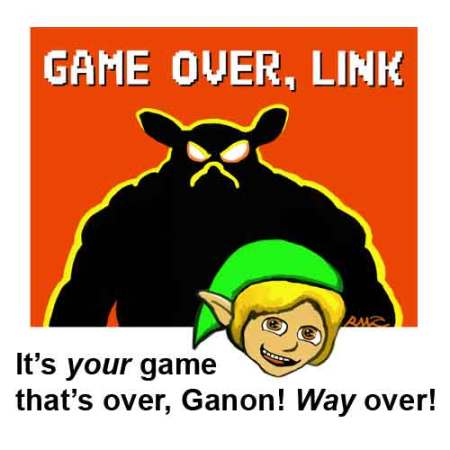 The journey comes to an end as a young country elf named Link squares off against the evil dark lord Ganon.

Link wins, of course. And in the name of his picturesque homeland of Hyrule (and in honor of the lovely Princess Zelda who had sent him on this quest in the first place) he reclaims what Ganon had stolen:

The Triforce … a trio of triangular power-tablets which have a rightful place back at Hyrule Castle … spreading extreme peace and harmony throughout the land.

And Link goes down in Hyrulian history as a dependable hero. 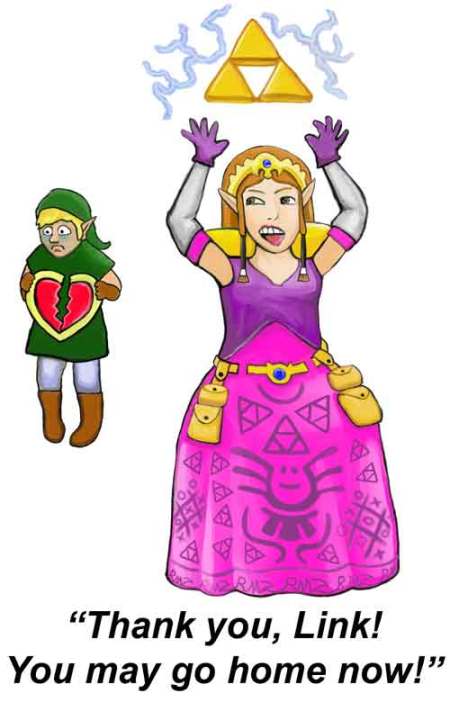 Find out where it all began:

Legend of Zelda: The Motion Picture
The hero gets all the glory.

Three main topics inspired this article:  Marvel Comic’s movie The Mighty Thor (2011) and the movie Hammer of the Gods (2009), and how Vikings never wore horns on their helmets, except during moments of prayer.

In Hammer of the Gods, Home Improvement’s Zachery Ty Bryan, stars as Thor, the God of Thunder.  Only he has amnesia.  To his Viking buddies, he is just an ordinary guy who happens to have the name Thor. You see, without his famous hammer, he can’t remember who he is.  And he’s pretty powerless, too, as we see here in this film clip: 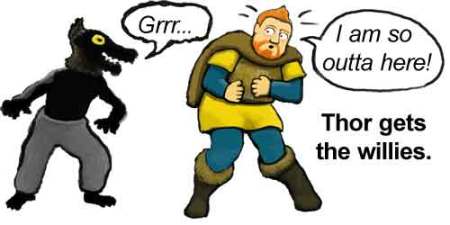 The legendary hammer is, in fact, locked away in a temple on a mountaintop, guarded by a couple of unlikely villains:

1) a tribe of mostly hairless werewolves (mainly covered in black paint to cut back on hair effects, which can be quite costly on movie productions)

2) a traitorous Viking in Thor’s midst (but Thor saw it coming, especially after they waved swords at each other, menacingly, from opposing cliffsides). 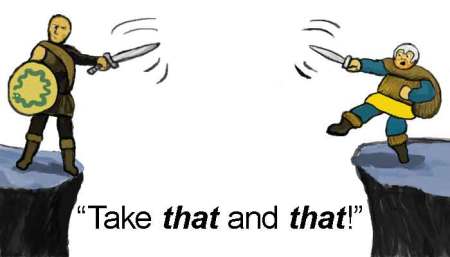 Harrowing? Yes! Do we deserve more? Yes, as long as Thor himself is up to it, which I am sure he is. 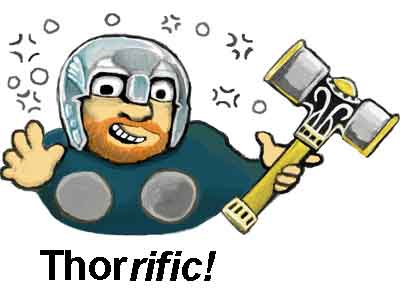 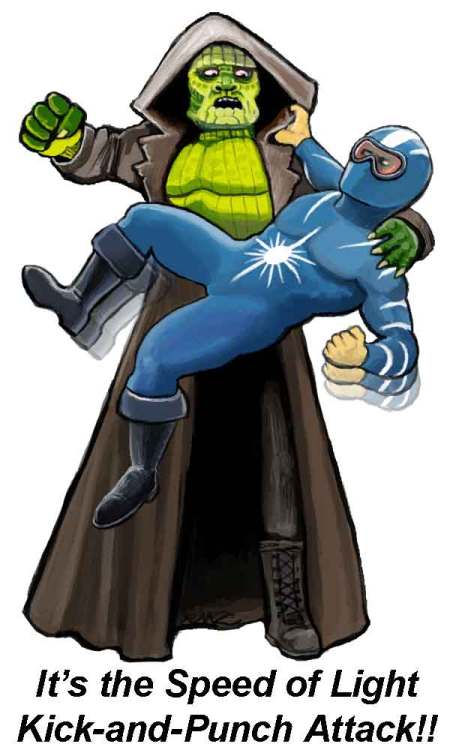 Daniel Leight was just an ordinary 50-something year old commando in the elite task force known as The Ghost Squad. In addition to their guns and ski masks, they have the latest in wrist-activated walky-talkies. Plus, Lee Majors (the Six Million Dollar Man!!) is their leader. And on Lee Majors’ desk there is a picture of his most special commando Daniel Leight.

Life was good … until, somehow, Daniel gets injured on the job.

An experimental radiation treatment cures him … but it also gives him light speed power. He runs real fast. To prevent getting windburn, he wears a ski outfit. To keep his elderly heart from exploding, he drinks cool-blue adrenaline juice.

Let’s just say that he’s a failed scientist. His reptilian experiments went up in smoke, mutating him into the monster we see today. With no job, no girlfriend, and no more government funding, Python goes on a rampage of pure jealousy, ransacking the richest, most successful science labs. 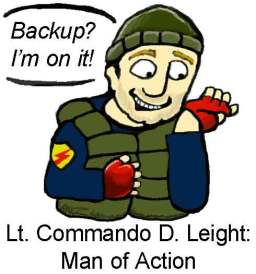 But don’t worry. There’s no need to save the day, not if Lightspeed is on the way!

(Sorry for the lengthy review. I’ll make the rest of it so fast you won’t even see it happen!) 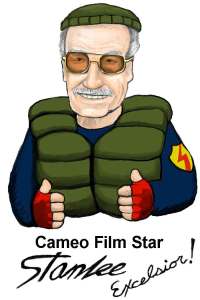 They made four Anaconda movies, all featuring a big snake, sometimes gentically altered, and always hungry for human-sized prey.  But only three involved celebrities.  Why?  Well, here is a sneak peek at the inner workings of the film industry:

Ever since celebrities J-Lo, John Voight, and Ice Cube blew up theaters with 1997’s Anaconda, producers have wondered, “How can we turn this thing into a trilogy?” 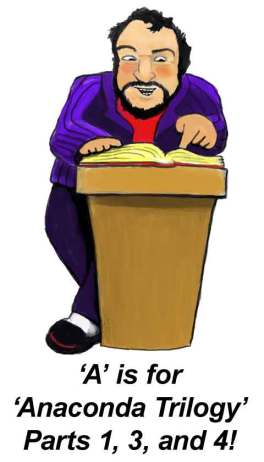 But after seeing the first Anaconda, celebrities weren’t convinced. After all, the snake was dead. How could there be another snake? It just wouldn’t make sense.

So, producers made an unofficial sequel entitled Anacondas: The Hunt for the Blood Orchid without the help of any celebrities.  (Nothing against the fine actors who starred in this film; you are all totally wonderful and may you continue to achieve awesome success).

After the Anacondas movie, celebrities came back in pairs. David Hasselhoff and John Rhys-Davies were on board to round off the final two movies, both of which were now officially numerically entitled  . . .  Anaconda 3 and Anaconda 4: Trail of Blood.

So, if we exclude Anacondas: The Hunt for the Blood Orchid as a kind of booby trap made to re-attract celebrities, Anaconda 1, 3, and 4 will altogether become the trickiest trilogy ever!

[Pictured here is John Rhys-Davies, the bearded buddy Sala from Indiana Jones and the Raiders of the Lost Ark.  He played in Anaconda 3 and 4, as a millionaire who spends his time financing the genetic alteration of anacondas … and also reading silently from big, thick books (the dictionary?) while standing at a podium.

A jumbo jet crashes. No survivors. Yet … among the wreckage, a young farm boy discovers a half-charred boarding pass … and the date on that boarding pass is for … gulp … tomorrow!!

Thus begins this mind-blender of a movie known as Termination Point. 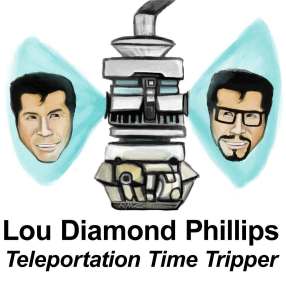 Actor Lou Diamond Phillips stars as a cutting-edge scientist. Proving his brilliance as a scientist, he wears a studious-looking beard, a pair of glasses and … he builds a teleportation machine. With it he can zip anywhere, anytime, and to any point in time. All he has to do is power up his machine with neon light bulbs and type in some coordinates on his cell-phone and—zip! Through a wormhole he goes!

Unfortunately, teleportation has a few side-effects:

1) A mismatching of people, places, and things from alternate universes.

2) A planet-eating vortex that seems to enjoy floating in the sky, zapping stuff into oblivion. Mainly it attacks buildings. But it’ll also go after people if they try running away. And it’ll keep on zapping until there’s nothing left. (Hence the title Termination Point, that theoretical point at which we all meet some sort of universal termination.)

3) Rogue agents. They’ll stop at nothing to get their hands on Lou Diamond’s technology. (*hint, hint* gunfights galore!) 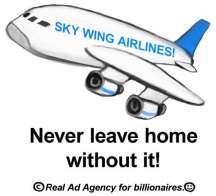 To get away from it all, Lou somehow bypasses airport security, smuggling his teleportation time machine onto Sky Wing Airlines, on a flight to Mexico.

But will he escape his problems?

Before seeing this movie, I highly recommend re-reading this review to find out what could possibly happen next!

Ghouls – a movie of ghoulish mystery 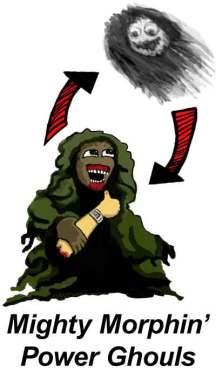 Ghouls are on the loose in a sunny village in Romania!

They look a bit like flying charcoal smudges. But when they come down to attack—brace yourselves!—they morph into bloody-faced, raggedy-limbed mummies!

One hero (whose name is Thomas) has devoted his life to stopping them. As a descendant of Druid warriors, Thomas is armed with a family heirloom (a dagger which he sometimes stares at whenever he needs cheering up) and a trench coat lined with flash grenades and a shotgun full of flash cartridges. A blinding flash does wonders against a ghoul attacking in broad daylight.

So what is a ghoul anyhow? Dictionaries will say that it’s either a grave robber … or someone who delights in stuff that a grave robber would enjoy … or it’s a bloodthirsty demon from Muslim folklore.

In  the movie Ghouls, these creatures are actually the ghosts of ancient robed beings mysteriously known only as The Ancients. They have a queen ghoul. And they have magic powers. And a black stone—the size and shape of an ostrich egg—brimming with even more magic powers! They even have a whole group of human followers! Ghoul sympathizers! Spies! 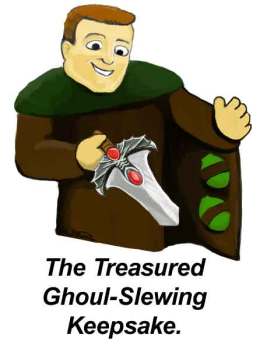 Yet, no matter how tough things get, we can always do what our hero Thomas does. Find something we like, and stick with it. Even if it means watching this movie!